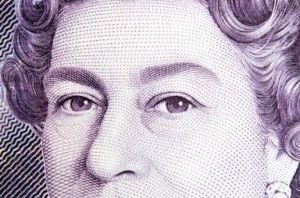 The Queen’s Speech today set out two Bills that will change the lives of millions of pensioners in the future.

In the first major change announced today, a new Private Pensions Bill will allow for ‘collective pension’ schemes. These schemes – also known as ‘pooled pensions’ – would be offered through your employer.

The idea of the scheme is to reduce the risk to individuals – instead of saving into individual pension pots, which are more susceptible to the ups and downs of the stock market, workers would pool their investments into a ‘mega fund’ that will pay them an income in retirement.

The schemes are common in Denmark and the Netherlands, where thousands of workers invest in funds together.

Aim is more certainty about your pension

This is a new type of scheme, and is known in the industry as a ‘defined ambition’ scheme; unlike ‘defined benefit’ (final salary) pensions, the pension amount is not guaranteed, but there is less risk than with ‘defined contribution pensions‘ where you have an individual pot.

Which? believes that collective pensions could offer consumers greater certainty about how much pension they might receive; 88% of those in a Which? poll said it was important for them to know how much income they’re likely to have when they retire. However, Which? believes it’s vital there are high quality standards in place to ensure these schemes are run in the best interest of consumers.

Greater flexibility in taking your pension

In the second major change, The Pensions Tax Bill will turn into law the major changes to pensions and annuities announced in the March 2014 Budget, giving individuals the freedom and choice to access their pension as they see fit.

The new Bill will address the rules that currently allow retirees to take a maximum of 25% of their pension pot as a lump sum. The changes will allow people to take the whole pot, subject to tax.

Part of the changes are the ‘guidance guarantee’ that will give people who are retiring some guidance on how to take their pensions savings.

Read more about these changes: What the pensions shake-up means for you.

Which? calls for truly impartial guidance

In response to the pension reforms announced in the Queen’s Speech, Richard Lloyd, Which? executive director, said: ‘The pension reforms are good news for savers and could help boost retirement incomes, provided the right consumer protections are in place including tough quality standards and genuinely impartial guidance to help people choose the best option.

‘People deserve maximum help at this critical time in their financial lives and we look forward to working with the government and industry to help deliver this.’

Six groups of women underpaid state pensions: are you eligible to claim?

First-time buyers: could a guarantor mortgage help you on to the property ladder?