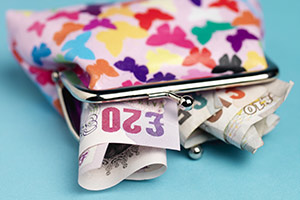 Some banks may have been underpaying compensation owed to customers who were mis-sold PPI, according to a new BBC investigation.

The banks involved are Lloyds Banking Group, Barclays, MBNA and Capital One.

The shortfall in compensation arises because, although the banks all refunded the premiums on their mis-sold PPI policies, they have been failing to refund penalty fees and charges incurred as a result of paying for PPI.

Executive director of Which? Richard Lloyd said: ‘Banks must ensure that anyone with a legitimate PPI claim gets every penny they are entitled to.

‘If there is new evidence of systematic mistakes by the banks then the Financial Conduct Authority (FCA) should investigate and take tough action against any bank found breaching the rules.’

The estimated amount set aside by providers for PPI compensation is now £22 billion making it the UK’s biggest mis-selling scandal.

If you’re unsure whether the amount you’ve been compensated for your PPI claim is correct, read our PPI advice.

A failure by the banks to refund penalty fees and charges incurred as a result of paying for PPI means customers may not been returned to the position they would have been if they hadn’t bought the policy.

This failure to include fees and charges in compensation calculations has resulted in dramatic reductions to the amounts some customers have received.

If you’re not sure whether the amount you have been compensated is correct, all is not lost. If you don’t think the amount in the bank’s final offer is fair, you have the right to contact the Financial Ombudsman Service (FOS).

Find out how to take a complaint to the Financial Ombudsman Service.

PPI still remained the most complained about financial product in the second half of 2013 with over 1.3 million complaints according to data issued from the Financial Conduct Authority (FCA).

If you think you have been mis-sold PPI, you can use our checklist to make sure.