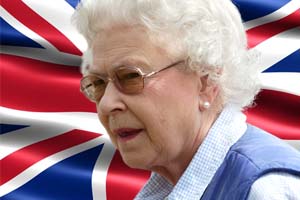 Two pensions Bills are expected to be confirmed in the Queen’s Speech today, including one allowing collective defined contribution schemes.

These schemes will be introduced to help give people more certainty about the size of their pension pot.

It is also expected that the Queen will address the pension reforms announced in this year’s Budget, including a ‘guidance guarantee’ that ensures all consumers have access to impartial pensions advice.

Go further: How the pensions shake-up affects you – we explain the changes announced in this year’s Budget

Which? calls for transparency with collective pension schemes

Which? executive director, Richard Lloyd, said: ‘Collective pensions could offer consumers greater certainty about how much pension they might receive, but it is vital there are high quality standards in place to ensure these schemes are run in the best interest of consumers.’

‘The government must ensure charges are set as low as possible, people are allowed to transfer between schemes without facing unfair penalties, and consumers are given clear information on the benefits and risks.

‘There should also be complete transparency about the financial position of funds so people can feel confident they are being enrolled into good value schemes.’

An announcement on the Infrastructure Bill/Growth Bill is also expected during the speech, which is due to begin at approximately 11:30 am.

This Bill is aimed at bringing forward further investment in the UK’s ageing infrastructure, including energy and transport.

Which? analysis recently revealed that the total value of planned investment to 2020 is £257.5 billion. We estimate that more than half (59%) of this investment – £151 billion – will be funded privately (funded by bill payers).

Richard Lloyd, said: ‘This Bill is the ideal opportunity to ensure there is proper public scrutiny of a jaw-dropping £151 billion of bill-payer funded investment.

‘It’s vital that the government continues to get a tight grip on the massive costs that are being passed on to household bills and ensures that consumers can afford them.’