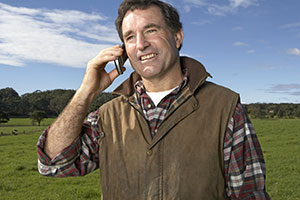 New data has shown that phone users would get far better coverage if the UK’s phone providers shared their networks. The research follows news that the Government is considering plans to enable customers to use an alternative network if their own isn’t available.

The research, carried out by mobile phone coverage mapping provider OpenSignal, found that the average phone user cannot access their own network 15.1% of the time. If users were able to use another available network then they’d only be left without coverage 7% of the time.

See which network has the best coverage where you live by using our free interactive coverage map.

According to data provided by over 40,000 OpenSignal users in the UK, Vodafone customers experience the longest periods without a signal. They’re unable to make or receive calls over 18% of the time. Were they able to use another available network this would drop to just 8% of the time.

The network with the most consistent signal amongst the big providers was O2. Its customers lack coverage 13.7% of the time – were they able to use other networks this would drop to just 6.8% of the time.

Customers on each network would benefit from the ability to use other providers. However, while the average period without signal would fall to 7% on average, this would still vary for each provider depending on the number of customers they have in areas where no network is available at all.

Reports this week stated that the new Culture Secretary Sajid Javid wants mobile phone companies to introduce national roaming, enabling phones to automatically switch to an alternative network if their own isn’t available. This currently happens when users are abroad and it’s hoped that it could help to eliminate mobile phone network blackspots.

However, mobile phone companies say compelling them to do this would remove their incentive to build more masts to improve coverage.

The data used in the research was provided by over 40,000 users of OpenSignal’s coverage checking apps. The company uses the millions of signal readings to generate its free-to-use coverage maps.