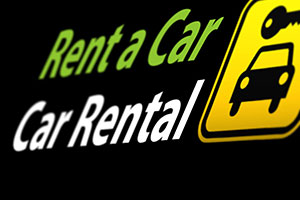 Which? and Spanish consumer group OCU are calling on car hire companies to play fair with their fuel policies and end all unexpected extra charges.

Which? research has found that many tourists are getting a raw deal when hiring a car in Spain as confusing fuel policies mean many holidaymakers are often hit with additional, non refundable charges for fuel that aren’t always clear when booking their hire car.

Some car hire companies use a full-empty policy where people must pay for a full tank of petrol on arrival but are not offered refunds for returning the car with unused fuel.

Nearly three-quarters (72%) of our members who did this thought they had been ripped off by being forced to pay a fuel price that was higher than local garages.

With full-empty policies, consumers can find there is little chance of using a full tank, especially on small Spanish islands. We estimate that someone hiring a Fiat 500 would need to drive 550 miles to empty the tank – in Mallorca this would be enough to make the 80 mile round trip from Palma airport to Port de Pollenca on the other side of the island nearly seven times.

Spain is the most popular foreign destination for British holidaymakers, and a fifth of Which? members (22%) who hired a car on holiday did so in Spain, making it the second most popular car hire destination behind only the UK.

Our investigation found that a number of companies do offer a fair fuel policy, including Which? Recommended Providers Alamo, AutoReisen and Enterprise. All three offer a full-full fuel policy, where people return the car with a full tank as standard, so don’t pay for fuel they don’t use.

We are calling on car hire companies to:

Which? executive director Richard Lloyd, said: ‘There can be few things guaranteed to ruin your holiday quicker than finding surprise charges and fuel costs unfairly added to your car hire bill.

‘We want an end to this holiday rip-off with car hire companies totally up-front about all charges, so people know exactly what they will pay when they book.’

Ileana Izverniceanu, OCU spokesperson, added: ‘This behaviour damages consumers’ rights and the image of Spain as a holiday destination.’

Together with OCU, we will be asking Spanish consumer authorities to take action to protect all consumers from unfair fuel policies. We have already shared our concerns with the Competition and Markets Authority in UK.

The UK car hire association, the BVRLA, is backing our calls.

Chief executive Gerry Keaney said: The BVRLA believes that consumers must be given the option to refuel the vehicle so that it is returned with the same level of fuel that it was hired out with.

‘Any mandatory full-empty fuel policy should be clearly signposted to the customer when booking the vehicle and we would advise renters to choose a different hire company if they are not happy with this.’