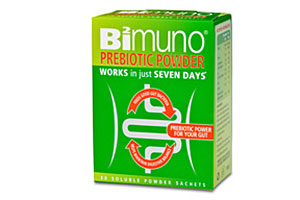 The Advertising Standards Agency (ASA) has upheld a complaint we made against Bimuno Prebiotic Powder, following an investigation into misleading claims on food supplements.

Back in September 2013 we reported on a how people are wasting money on unnecessary food supplements as manufacturers are making misleading claims on products. Although adding claims unauthorised by the European Food Safety Authority (EFSA) to supplements was made illegal in December 2012, some claims have remained on packaging.

Which? reported Bimuno to the ASA last year, as the company made claims on its website and packaging that are unproven, including ‘helps maintain digestive balance’, ‘support of the immune system’ and ‘reduces gastro-intestinal discomfort’. These claims aren’t authorised by the EFSA and their use is not permitted.

EFSA carried out a review into all nutrition and health claims on supplements and food and drink, asking companies to submit the evidence behind all claims they made.

On the back of this, many claims were unauthorised and manufacturers were told to remove them. This included all claims relating to the benefits of probiotics and prebiotics – this was on the basis of a lack of evidence to substantiate these claims.

Visit our guide on food supplements you don’t need to find out what you could be wasting your money on – it includes products from brands such as Boots, Seven Seas, and Bioglan.

Once a claim is unauthorised, a company has a six month transition period to remove it from packaging and advertising.