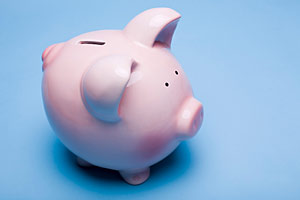 Research conducted by the Financial Conduct Authority (FCA) reveals that a large proportion of savers could improve returns by switching accounts. Billions are currently held in old accounts paying poor rates of interest.

Many of these savers are likely to be losing out according to the regulator, as the average rate on easy-access accounts opened in the last two years is around 0.8%, while the equivalent for accounts opened more than five years ago is less than 0.3%.

Meanwhile, 48% of these accounts will have carried a bonus rate at some stage, though this may have lapsed. Which?’s research on savings has found that a quarter of those with a bonus rate don’t know when it will end – meaning they can’t be sure whether they’re still getting the best rate.

Overall nearly half (49%) of all savings are held in accounts opened five years ago. By failing to move their cash, millions of savers are missing out on better rates.

The study reveals a high degree of loyalty among Britain’s savers – even though switchers are more likely to see improved savings returns.

For the largest current account providers, over 80% of their total balances in easy access-accounts are held by consumers who also hold a current account with the same provider.

Unsurprisingly, the savings market is dominated by big names, with six providers holding roughly two-thirds of all cash savings balances.

So it could be that by looking beyond the go-to providers, savers can enhance competition in the market while improving returns on their cash.

Go further: What is the best Isa? Find out with our Isa tables

Which?’s own research in this area has found that savers are losing out to the tune of around £4.3 billion a year by leaving savings in poor value accounts. Some of these savers lack information – only 17% know exactly what their interest rate is.

Meanwhile, three-quarters of those we surveyed don’t think banks do enough to help savers get a good deal.

That’s why we’re calling on banks and building societies to ‘Scrap the Savings Trap’.

We’re asking the banks to:
• Stop leaving customers languishing in sub-standard savings accounts – close ‘zombie’ accounts and move people’s money into one default easy-access or Isa account at the end of fixed terms.
• Stop making Isa switching complicated and laborious – make switching quicker and stop limiting transfers into new Isas.
• Stop leaving customers in the dark about the best return on their savings – display interest rates prominently and consistently on all statements, annual summaries and online pages, improve notifications about the end of bonus rates or fixed terms, and ensure better offers are promoted by staff and in statements.

Speaking about the FCA’s report Which? executive director Richard Lloyd said: ‘Which? has found that consumers are losing out on billions of pounds from savings stuck in poor value accounts and the banks are simply not doing enough to help their customers get the best deals.

‘While the regulator continues to investigate this market we think providers should scrap the savings trap and do more to help people make the most of their money. Banks should be crystal clear about interest rates, let people know when bonus rates come to an end and make it easier for people to switch Isas.’

Go further: Scrap the savings trap – sign our petition to help savers get a better deal