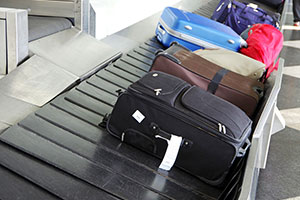 This week’s baggage problems at Gatwick airport are a timely reminder that summer can be a frustrating time for holidaymakers.

The recent baggage-reclaim problems at Gatwick airport, along with this week’s passport worker strikes, are just two examples of how some of the biggest holiday frustrations can come at the airport.

Gatwick is bringing in reinforcements to help baggage-handlers Swissport with its staff shortages. This means that, at the moment, up to 25% of baggage handlers are Gatwick airport staff.

New Which? Travel research indicates that queuing for security is actually the biggest bugbear among airport customers. We asked more than 1,000 Which? members to tell us what frustrates them most before they fly off for their holidays, and almost half of them named this as their biggest problem.

Although the endless queue for security topped our list, almost as frustrating is the practice of having to pay to drop off passengers at the airport, which 47% of you told us was a problem.

But some people simply aren’t bothered by the stresses of finding a parking space or queuing for security – 10% of survey respondents said that they didn’t find anything at all frustrating about UK airports.