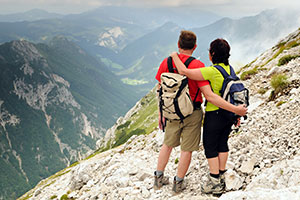 Three travel companies have changed their policies regarding older travellers following a Which? investigation.

The investigation, published in the September 2014 edition of Which? Travel magazine, follows a survey showing that one in three Which? members aged over 65 felt they’d been excluded from a holiday or travel activity because of their age.

Since the Which? investigation, cultural tours provider Martin Randall Travel has dropped its longstanding ban on over 80s joining its activity tours after Which? highlighted how members felt that it was unfair.

Sixt car hire has agreed to scrap its block on hiring cars to drivers in the UK who are aged over 75. Prior to the Which? investigation, 76-year-olds could hire a Sixt car in Europe and America, but not the UK. And Europcar is reviewing its processes to make age restrictions on its site clearer after a Which? member was stopped from picking up a car he’d booked and paid for.

Too old to travel?

The Which? Travel investigation features older people who were stopped from buying ski insurance at 67, barred from hiring a car at 70 and blocked from taking a cultural tour at 81.

It also includes the cases of people who lost the insurance element of their packaged bank account when they hit 70 and who weren’t allowed to sit in exit row seats on flights because at 70, they were told that they were too old. The investigation also revealed how older people can fight back.

How to fight the age barriers

Car hire – Check the terms and conditions before you book. If there are no age restrictions but you’re stopped from picking up the car because of your age, the hire company may well be in breach of contract. You can claim back any losses you have as a result.

Extra legroom on flights – If you’re told you can’t buy exit row seats because you are too old, don’t accept it . Point out that according to Civil Aviation Authority (CAA) rules, you are allowed to sit in those rows as long as you are fit and able.

Travel insurance – Insurers can use age as a basis for setting premiums, and you may have to pay more, particularly for sports cover. However, there are insurers who will provide good-value policies.

Walking holidays – Shop around for a travel company that will accept you on its tours. Explore asks travellers aged 80 and over for proof of insurance and a doctor’s note. Ramblers Worldwide Holidays suggests that over 75s have a doctor confirm fitness before travelling and it may ask for proof of this.  Exodus told us it was rare to exclude anyone for any reason.