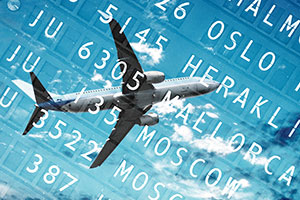 Consumer trust is still low within the holiday industry with only 30% of people saying they trust airlines and tour operators, new research from Which? has found.

But despite low trust levels, people are less likely to cut back on their holiday budget compared to 12 months ago, according to our survey of 2,086 UK adults.

Last year more than half of consumers in the UK said they intended to cut back on holiday expenditure in the coming months, compared to four in 10 this year.

Which? believes people deserve to have an enjoyable, stress-free break which is why we launched our Stop the Holiday Hassles Campaign.

Which? executive director Richard Lloyd said: ‘It is good news that consumer confidence appears to be on the increase but trust in the travel industry is still low.

‘Consumers spend hundreds of pounds on their annual break and deserve a hassle-free summer getaway. We’re asking travellers to share their holiday gripes with us so we can expose the dodgy deals and shoddy service to stop the holiday hassles.’

If you’ve had holiday problems, our consumer rights site can help you solve them.

We’ve previously revealed the top five problems experienced with a holiday in the UK or abroad in the last two years.

The top gripe was delays or cancellations with a flight with 30% of people having had an issue.

If your flight is delayed or cancelled, you may be able to claim compensation and get a refund under the Denied Boarding Regulation.

Other problems included long waits to reclaim baggage (25%), accommodation being different to what was described (24%) and unhelpful or rude staff (24%).

Our consumer rights site helps you with all aspects of holiday problems, including overbooked accommodation and package holidays.

More than 9,000 people have signed up to our Stop the Holiday Hassles Campaign so far.

We don’t think it’s fair that well-deserved holidays are spoilt by poor service so we want: