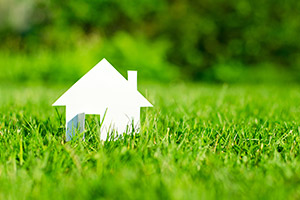 According to recent figures from the British Banker’s Association, the number of people remortgaging has significantly dropped since last year. During the 12 months to June 2014 there were 12% fewer remortgages approvals compared with the year before.

Analysts have speculated that this may be because of tighter lending rules introduced at the end of April, and also because the rates on offer in the past few months have been less competitive than in recent years.

But Which? research has found that it could still be possible to save a significant amount of money by remortgaging onto a better deal.

Possible to save £1000s by remortgaging

For example, we found that someone paying Halifax’s Standard Variable Rate or Homeowner Variable Rate – the rates that borrowers pay once an initial deal period such as a fixed rate has finished – which are both currently 3.99%, could save money by switching to a different mortgage.

For example, if they took out a two year fixed rate mortgage at 2.59% from First Direct, a Which? Recommended Provider for mortgages, they could save nearly £2,035 over two years. There are also lots of other deals on the market where our borrower could save even more.

Other borrowers on their lender’s standard variable rate may also be able to save money as well.

Go further: How to remortgage – the basics of remortgaging

You can compare remortgage deals using Which? Money Compare to see whether you could save money.

The Which? mortgage comparison tables let you search all available deals from all available lenders, to choose the best deals based on quality of service as well as cost and benefits.

Go further: Which? mortgage comparison tables – compare the best deals on the market