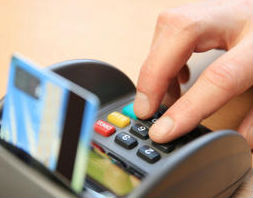 Halifax has launched a new credit card with a market-leading 0% interest deal on purchases.

The Halifax Purchase Credit Card will charge no interest on purchases for 20 months – the longest 0%-on-purchases deal currently available.

This lengthy deal makes the new card an ideal choice for anyone looking to spread the cost of an expensive item, or several cheaper items, over a longer period.

How does it compare?

Halifax has thrown the latest punch in what has been a drawn-out fight to provide the longest 0%-on-purchases credit card deal.

The 20-month deal is one month longer than the next best 0%-on-purchases card, released by Tesco Bank in July.

Once the 0% period comes to an end, the APR shoots up to 18.9%, although you can expect a similarly high rate increase from most cards offering lengthy introductory deals.

Be sure to make a note of when the deal ends, so you remember to transfer any remaining debt before this new rate kicks in.

The card will also charge 0% interest on balance transfers for six months – and you’ll only have to pay a 1% fee on transfers made in the first 90 days. The fee rises to 3% after this period.

This is a handy feature for those with small debts lingering on other credit cards, but it’s not the best balance transfer deal on the market.

If you’re more interested in a great balance transfer deal than a lengthy 0%-on-purchases offer, then this may not be the best card for you.

There’s no reward scheme associated with this card, so there’s little incentive to make purchases on it once the 0% deal is over.

If you’re a frequent spender, it might be worth applying for a 0%-on-purchases card which also offers a tempting cashback deal.

The Santander 123 Credit Card, for example, includes an 18-month 0%-on-purchases deal alongside a reward scheme which pays cashback whenever you spend at petrol stations, train stations, major department stores or supermarkets.