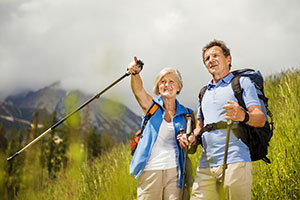 Martin Randall Travel has removed its ban on holidaymakers aged over 80, following a Which? Travel investigation.

Which? contacted the cultural tours provider as part of an investigation into how going on holiday can be made harder for older people.

Following our investigation, Martin Randall Travel told us: ‘We have decided to abandon our policy of not accepting bookings from people over 80. Instead, we will ask prospective clients to certify their fitness by performing a set of prescribed physical exercises.

‘We will, however, reserve the right to remove people from a tour if their lack of fitness impacts adversely on other participants.’

Full results of the investigation will be available in the September edition of Which? Travel.

Too old to travel?

Martin Randall Travel’s age ban for over-80s had been in place for sixteen years.

The Which? Travel investigation highlighted this age limit after two Which? members were stopped from going on a holiday with the company. They had just turned 81 and were barred from taking another holiday because of their age, despite previously taking tours to Jordan and Syria with the company.

Which? had previously reported on the Martin Randall Travel age policy in the October 2011 edition of Which? Travel.

The cultural tours provider had initially defended the age policy, stating that it reduced the instances of tours being spoiled for the majority by the presence of just one or two who are not able to cope.