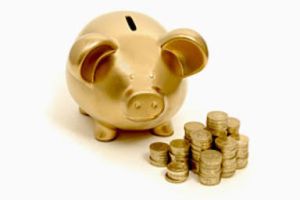 There are approximately 11.5 million Britons who struggle to save regularly and a further 2.5 million who don’t save but could afford to, according to a new Which? study.

The study, which explored the savings attitudes of 4,000 general public members, found that around four in ten (41%) people could not last three months without their main source of income. This is the level of savings the government recommends to protect against sudden shocks to income or expenditure.

Households without a three-month buffer are significantly more likely to have defaulted on a payment in the last month or used high-cost credit like payday loans.

The report finds that almost half the UK population (49%) are unhappy with their level of household savings, while around a quarter (24%) have no savings at all.

The report also finds that the current historic low interest rate doesn’t appear to be a barrier to saving.

The report reveals the three main behaviours that are strongly linked to successful saving:

Saving regularly each month – this is crucial to building and maintaining a three-month savings buffer.

Saving for a rainy day – saving a regular amount is a more effective strategy than saving towards a specific goal like a holiday or car.

Keeping savings separate from other money – those with a savings buffer are more likely to have a specific savings product that feels like a separate ‘pot’.

Our survey indicates that around one in seven general public members display all of these traits. Over half of this group (55%) have the recommended three-month savings buffer.

Which? believes the government should develop a national savings strategy to promote the traits of these ‘Habitual Savers’ to help get the UK saving.

Go further: Best rate cash Isas – make the most of your cash

Who could save more?

The report also identifies two groups who could be encouraged to save more:

Struggling Savers (23% of the population, approximately 11.5 million people): This group struggles to save regularly and sees saving as something they do if their budget allows.

Non-Savers who could save (5% of the population, approximately 2.5 million): Most of this group say they can’t afford to save. However, many cite other reasons for not saving – some prefer to spend money on things they want now, while others simply don’t think saving is worthwhile.

Which? executive director, Richard Lloyd, said: ‘With half the population unhappy with their level of savings, and a financial buffer so crucial to the resilience of households and the wider economy, we’re calling on the Government to help get the UK saving.

‘We’ve looked at the most successful savers and identified the behaviours that the industry and Government should be encouraging to help those who can afford to save, save more.’

Go further: The three habits of successful savers – read the report in full