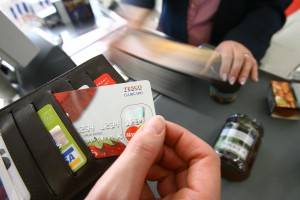 Tesco Bank has released a credit card which offers the longest fee-free balance transfer deal on the market.

The new Clubcard Credit Card features a ten-month 0% interest deal on balances transferred from other cards and won’t charge a fee on any balance transfers.

Essentially, this gives applicants an extra ten months to clear their credit card balance at no extra cost, making it an ideal choice for anyone with small credit card debts (or any which can be cleared within the 10-month window).

Which? Comparison Table: Best credit cards for 0% balance transfers – compare all the deals on the market

How does this Tesco credit card compare?

The ten-month 0% period is the longest fee-free deal on the market by some distance. The next longest fee-free balance transfer deal is the six-month deal offered with the Barclaycard Six-Month Platinum Visa Card.

Once the introductory deal comes to an end, the APR on the Tesco card rockets to 18.9%, so you’re best off choosing a card with a longer 0% deal if your debt could take longer than 10 months to clear.

You’ll have to pay a one-off fee if you want a longer deal, but these fees often pale in comparison with the hefty interest charges you may face if your debt isn’t cleared within a 0% balance transfer period.

The credit cards with the longest 0% balance transfer deals typically charge around 3% of the sum transferred, but there are plenty of cards with shorter deals which charge less.

As with all Tesco credit cards, this card rewards shoppers with Clubcard loyalty points on all of their spending.

You’ll get five Clubcard points for every £4 spent in Tesco stores and petrol stations, as well as one point for every £4 you spend elsewhere.

This is identical to the rewards scheme offered with Tesco Bank’s 32-month Balance Transfer Credit Card.

The card also charges 0% interest on purchases made within the first ten months.

This is a useful addition, but if it’s your main priority, you’re better off applying for one of the longer 0% purchase deals available from other providers.

Which? Comparison Table: Best credit cards for 0% purchase deals – compare the best deals on the market