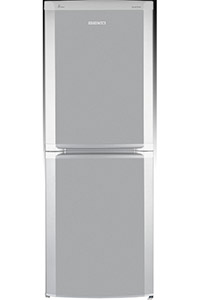 The final verdict of an inquest into the death of a man in a house fire that is thought to have been caused by a faulty Beko fridge freezer is due to be announced today.

Santosh Benjamin Muthiah, a 36-year-old father of two, died after a fire broke out in his home in north London in November 2010. Investigations suggest that the fire was caused by a faulty Beko fridge freezer.

At an earlier hearing it was disclosed that Beko knew about the potential safety issue in 2007 – but did not issue a safety notice until 2011.

The court was told that Beko had been aware of a problem with some of its fridge freezer components in 2003 but had failed to take action to rectify it.

In 2007, independent risk assessors appointed by the company confirmed a faulty defrost timer on certain models posed a safety risk, but these findings were rejected by Beko.

Could Beko have done more?

The fire that caused the death of Mr Benjamin-Muthiah in November 2010 was several months after the LFB first flagged the safety issue to Beko.

Which? executive director, Richard Lloyd, said: ‘Consumer safety must be the priority, so manufacturers must act fast to recall products as soon as they realise they’re faulty.

‘We want the Government to do more to analyse and release the data they already collect on appliance fires, putting more public pressure on the manufacturers to help reduce the thousands of fires that are caused by faulty products.’