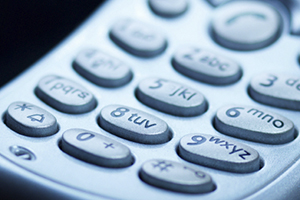 People in the UK are receiving an average of six unwanted calls each week, a new survey from BT has found.

According to the survey, the average person receives one unwanted call almost every day.

Nearly half of people avoid answering their landline during the day to avoid the problem, and almost a quarter have resorted to unplugging their phone.

You do not have to rely on these measures. Read our guide to how to stop nuisance calls.

Some three quarters of consumers ranked nuisance calls above queue-jumpers, noisy neighbours and rude commuters as their biggest frustration, with 44% saying such calls raised their stress levels.

Which? launched its Calling Time on Nuisance Calls campaign after finding eight in 10 people had received a nuisance call on their landline in the previous month.

Eight in 10 people found these calls an annoying interruption, while one third felt intimidated by them.

We called on the government to take action on nuisance calls and texts, and thanks to your support, the government has announced a Nuisance Calls Action Plan.

To find out more, see our Calling Time campaign.

• Due PPI compensation? Use our free PPI tool
• Solve your everyday consumer problems
• Keep up to date with our campaigns