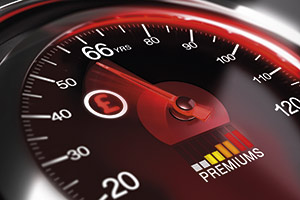 Some older age groups appear to be paying substantially over the odds for car insurance compared to the cost of their claims, according to new Which? research.

Among the age groups we examined, those aged 66 to 70 were worst hit, paying about 75% more in premiums than their insurer pays out in claims per policy for that age group.

Find out more: How to get cheap car insurance – our experts present a series of tricks and tips

We compared average premiums paid with average claims per policy for 14 different age groups, using data from the Association of British Insurers (ABI), covering drivers aged 18 up to 85 in 2012 (the most recent data available).

On average, for drivers aged 51 to 85, there’s a bigger difference between the premium they pay and their average claims cost per policy than for those aged between 18 and 50.

We analysed premium quotes given directly online by 43 of the biggest insurers, working with market research firm Consumer Intelligence.

For 61-65 year olds, Sheila’s Wheels was cheapest on average (£276), although it didn’t always offer quotes for profiles in this age group. Co-operative Insurance was cheapest for 66 to 70-year-olds (£299).

Esure was cheapest for those aged 71+ (£331), although it offered quotes for fewer than half of our profiles. Swiftcover quoted more widely, with an average premium of £363.

Car insurance: other ways to save

There are several ways to lower your premiums. The car you drive is a major factor – downsizing to a smaller, cheaper model can help.

When shopping around, calling insurers and haggling can pay dividends. In a 2014 Which? study, members saved themselves an average of £42 by haggling on their car insurance. It’s also worth calling if you can’t get a quote online.

If you’re a safer driver, it’s worth considering a ‘telematics’ policy, which entails a ‘black box’ that is fitted to your car to monitor your driving and calculate your premiums.

Our findings: the industry responds

We challenged the ABI with our findings and it said that age isn’t the only factor determining a person’s premium, adding that insurers also take into account claims history, address, driving experience and vehicle type.

However, we don’t think this adequately explains why some of the groups we’ve identified seem to be paying disproportionate premiums.

‘Bonus-friendly’ mortgages: which banks will let you borrow the most?

How to spot the biggest HMRC tax scam tactics

Self-assessment: more than three million yet to file their tax return, with one week to go