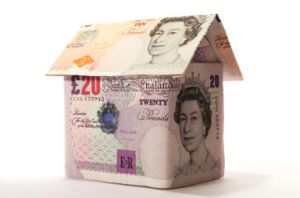 A host of high-street mortgage lenders have dropped their interest rates in recent weeks as mortgage lending picks up.

Lenders such as Halifax, Barclays, Nationwide and HSBC have all launched new deals recently. Mortgage deals for people looking for five-year fixed rate deals are now on offer for less than 3%.

The Which? mortgage comparison tables let you search all available deals from lenders large and small to choose the best deals based on quality of service as well as cost and benefits.

Which? comparison table – Mortgages – compare the best deals on the market

Comparing quality as well as price

Anyone looking for either a mortgage as a first-time buyer or to remortgage onto a new deal faces a choice of weighing up not only the cost of the mortgage but also the experience they are likely to have with the lender.

For example, Chelsea Building Society has launched several highly competitive products in recent weeks including a two-year fixed rate rate deal at 1.84% – for borrowers with a deposit of 35% or higher. But in our most recent mortgage satisfaction survey it only achieved a customer score of just 53%.

For borrowers with a 15% deposit, Halifax has launched a two-year fixed rate deal of 3.84% – a drop of 0.3% compared to last month. Halifax has a slightly higher customer score of 55%.

First Direct, the lender with the highest Which? Customer score for mortgages at 79% and a Which? Recommended Provider, may not have launched any headline-grabbing mortgages in recent weeks, but its deals are still pretty competitive and it is rated highly for customer service.

The increased competition is reportedly down to banks wishing to attract buyers in order to meet end of year targets. The mortgage market had seen some disruption earlier in the year when new rules were introduced which required lenders to carry out extra affordability checks.

The number of mortgages available did dip at around that time in late April, but have now started to recover.