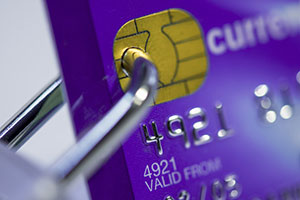 The ombudsman received 133,819 PPI complaints in the first half of this year, compared to 193,054 over the previous six months.

However, despite this slight dip, PPI complaints still account for significantly more complaints than any other financial product.

PPI was set up to cover your debt repayments if you were unable to work, for example, due to redundancy or illness. But many policies were mis-sold to customers.

If you think you were mis-sold PPI, you don’t have to use a claims management company to get your money back. Our PPI tool can help you reclaim your mis-sold PPI for free.

Of the total 191,129 cases referred to the ombudsman in the first half of the year, PPI made up 70% of these complaints.

Banks and the financial services industry have so far paid out £16 billion in just over three years to compensate those mis-sold PPI, according to the Financial Conduct Authority (FCA).

If you’re not sure whether you’ve been mis-sold PPI, take a look at our PPI mis-selling checklist.

For complaints about financial products other than PPI, the total number of cases referred to FOS was 3% higher than the second half of 2013 (57,310 compared to 55,747).

This involved banking complaints increasing by 7% and insurance cases by 1%.

The average uphold rate – the rate at which the ombudsman finds in the consumer’s favour – over the six month period was 57%, up from 51% during the previous six months.

If you have a banking complaint but are unsure whether to take it to the ombudsman, see our guide to taking your complaint to the financial ombudsman.

Is your PPI compensation fair?

If you’ve applied for a PPI refund and you’re not sure whether the amount you’ve been compensated is correct, all is not lost.

Your first port of call in this instance should be your bank, but you do also have the right to contact FOS to challenge your bank’s decision.

See our guide on how to take a complaint to FOS.