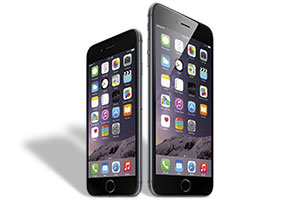 We’ve just published our full Which? reviews of the new iPhone 6 and the iPhone 6 Plus. We reveal how the latest additions to the Apple family compare against Android rivals as well as putting the battery, processor, camera and screen to the test on each of the new iPhones.

Not only did we test to see how the iPhones stand up to the competition, we also investigated the claims of the new iPhones bending – more on that below.

Which? members can log in to find out how these iPhones fared in our tests and whether they beat the competition.

If you’re not a member yet, try Which? for £1 and get instant access to our expert reviews of smartphones as well as hundreds of other products.

Does the iPhone bend?

Following the release of the iPhone 6 and the iPhone 6 Plus, there were reports of the smartphones bending in people’s pockets. This prompted a media frenzy with videos popping up online showing iPhone owners bending their expensive new phones with their bare hands.

Which?’s American counterpart, Consumer Reports, investigated further by conducting a scientific stress test, that revealed that although the iPhone will bend with enough force, it isn’t markedly different to other similarly sized phones out there.

The test showed that the force needed to bend the iPhone so that it won’t bend back, is the same needed to snap three pencils. So unless you’re wearing a disturbingly snug pair of jeans, your phone is unlikely to come to any harm.

In the past, iPhone owners have long berated the battery life on their smartphones. So it came as no surprise that this is something Apple developers sought to address with the new handsets. During the launch of the latest iPhones, Apple announced that it had significantly improved the battery life of its new iPhones.

We can reveal that the new models do outperform their predecessors. Read our full reviews of the Apple iPhone 6 and iPhone 6 Plus to find out exactly how much stamina the new models have gained.