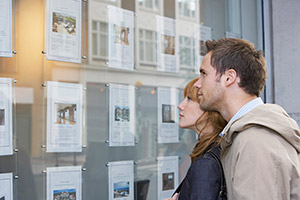 All letting and property management agents are required to be a member of one of three compulsory redress schemes, according to new rules coming into force today.

The redress schemes will ensure tenants, landlords and leaseholders have a straightforward option to hold their agents to account.

This means all letting agents will now follow estate agents, for whom being part of a redress scheme became mandatory in 2007.

The Which? investigation in 2012 discovered that renters were facing unexpected charges, were unable to properly compare prices and didn’t always know what they are signing up to until it was too late.

We also found that many tenants were dissatisfied with their agent, with reports of aggressive sales tactics; poor customer service; missed appointments and misleading out-of-date ads.

Today’s announcement is a successful outcome to our continued lobbying that all agents be members of a complaints scheme in order to benefit consumers.

The schemes will offer consumers an independent investigation into complaints about hidden fees or poor service.

The majority of letting agents are already signed up to one of the three schemes but the remaining 3,000 agents – 40% of the entire industry – will have to have sign up by today.

Consumers can check with the ombudsman to see which scheme an agent is signed up to. Don’t forget there are steps you must take before escalating your complaint to an ombudsman, including going through the internal complaints scheme from your agent.

Read our guide to how to complain about your property agent in order to follow the correct process.

In March 2013 Which? also conducted an undercover investigation, which discovered that many letting agents were not disclosing their fees upfront.

The investigation also found that agents were failing to disclose fees in a written format.