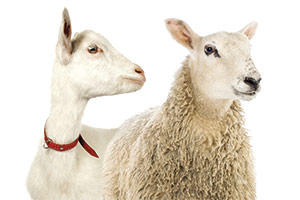 Which? uncovers fake goats’ cheese being sold in the shops – we became suspicious about the large amount of goats’ cheese on sale, despite a goats’ milk shortage.

We were concerned that goats’ cheese manufacturers could be substituting goats’ milk for other milks. So we joined forces with the author of the government’s independent review into food crime, Professor Elliott, to investigate.

We bought 76 samples of goats’ cheese from supermarkets, delis and markets from eight locations around the UK and tested them to see what they really were.

Sadly these results are not an isolated incident and reinforce the need for better checks so that people get what they pay for and can trust the food they buy. Pledge your support for our food fraud campaign and sign our petition to stop food fraud.

This isn’t the first time we’ve uncovered food fraud this year – click the links to read the Which? magazine articles about each investigation:

And, of course, no one can forget the discovery of horsemeat in our food in early 2013 – where tests showed that horsemeat was substituted for beef in many processed beef products, including supermarket ready meals.

A recent Which? survey revealed that only 36% of people in the UK* are confident that the food they buy contains exactly what is stated on the ingredients. More needs to be done to increase consumer confidence and trust in the food industry.

Which? supports the recommendations of Professor Elliott’s review into food crime, which included introducing a Food Crime Unit to investigate food fraud. Now we want to see the government implement changes to protect consumers.