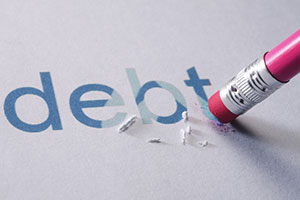 The payday loan company Wonga is to write off the debts of 330,000 customers after it admitted it gave loans to people who could not afford to repay them.

A further 45,000 people will not have to pay interest or charges on their loans.

The move means that customers who are currently in arrears of more than 30 days – around 330,000 people – will have the balance of their loan written off.

Those who are up to 29 days in arrears – around 45,000 customers – will be asked to repay their debt without interest and charges, and will be given an option of paying off their loans over an extended period of four months.

Which? executive director Richard Lloyd said: ‘Wonga’s announcement is better late than never for struggling borrowers but it’s clearly a result of the regulator taking a tougher approach. The FCA must keep payday lenders on a tight leash.’

If you have reason to complain about a payday loan company, you can use our guide to do so.

Wonga has faced criticism for its debt collection tactics in the past, and the changes announced today come after Wonga’s discussions with the Financial Conduct Authority (FCA).

The FCA ran affordability checks on Wonga, the result of which require the lender to make immediate and significant changes to its business, leading to today’s announcement.

The information received by the FCA suggested that Wonga was not taking adequate steps to ensure customers could meet repayments.

All customers affected by the redress programme will be notified by 10 October. In the meantime, customers should now continue to make payments unless they are told to stop by Wonga.

This is not the first time Wonga has been in trouble with the FCA.

Earlier this year the FCA found the company to be guilty of serious misconduct after Wonga had been sending fake legal letters to people who had not repaid loans on time.

‘The next step must be a clamp down on excessive fees and charges across the board to show lenders that the FCA will continue to clean up the credit market.’

Lenders are obliged to help you if you are having a problem paying them back. Use our guide if you can’t pay back your payday loan.

Beales enters administration: what you need to know