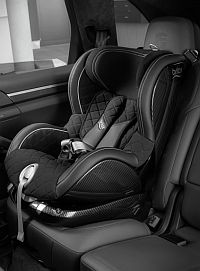 Only 500 Britax Trifix Black Edition car seats will be sold

Britax has launched a designer version of its Trifix child car seat in a limited ‘Black Edition’. Only 100 of the car seats, which cost £899, will be on sale in the UK.

The Black Edition Trifix car seat features a glossy carbon-fibre-look shell and quilted cotton fabric. It’s a forward-facing Group 1 child car seat that is suitable for toddlers who weigh between 9 and 18kg.

Which? has tested a number of Britax car seats. Go straight to our child car seat reviews to discover if they get our seal of approval.

Which? sent the Britax Trifix for extensive crash testing on our purpose-built car crash simulator. We found that the Trifix is a comfortable seat with good leg support.

Visit our Britax Trifix car seat review to discover how well it protects children in front and side impacts and whether we found it easy to install.

Which?’s child car seat reviews are the only ones that include the results of two crash simulations: a front crash, equivalent to a head-on collision at around 40mph, and a side crash at around 17mph.

Both tests go further than the legal standard, as they are conducted at higher speeds and forces than the current regulations require.

Many parents may find the thought of shelling out £899 on a child car seat difficult to imagine. So we’ve recently looked at whether you can get a good child car seat for less than £100. 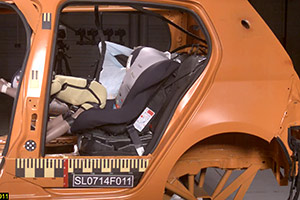 The Which? car seat reviews use data from realistic crash situations

Our crash tests often reveal major differences in the protection offered by child car seats. Some protect babies and children well, but others expose them to the risk of serious injury or even death.

We discovered two cheap car seats that provide such poor protection that we have named them Don’t Buys. Some of the seats achieved acceptable results, but one car seat achieved a solid test score of 70% and a good overall safety rating of four stars.

Click on the links below to read full reviews the cheap car seats we’ve tested.