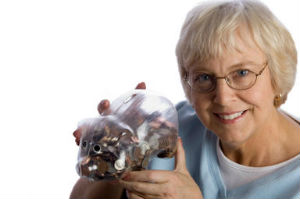 The Department for Work and Pensions (DWP) has today launched a new campaign to make people aware of the changes happening to the state pension in April 2016.

Changes to the state pension

Today’s new information campaign comes with about 500 days to go until the new flat-rate state pension starts from April 2016 onwards.

There will no longer be a second or additional state pension. To get the full state pension, estimated at £148.40 in 2014/15 terms, you’ll need 35 ‘qualifying years’ on your National Insurance (NI) record.

You’ll normally need at least 10 NI qualifying years to get any state pension, and the amount will be worked out on a pro-rata basis if you have between 10 and 35 years. There will still be a few circumstances in which people get some state pension through their spouse or civil partner.

Find out more: What’s happening with the state pension in 2016? – more information on the changes

Aims of the DWP campaign

The aim of changes is to create a clearer, fairer state pension at a time when greater pension freedom and workplace pensions are high on the agenda. People already claiming their state pension will have the opportunity to top up the pension between 2015 and 2017.

The DWP’s campaign is designed to build awareness that the state pension is changing and to encourage people to look for general information via www.gov.uk. The aim is to enable people to understand the expected value of their state pension.

Print adverts in the national press and magazines will run at the same time as radio adverts. The DWP is also pushing its campaign via direct mail and social media channels.

As part of the campaign, the DWP is launching a YouTube (Pension Tube) site to promote the free retirement guidance, featuring government spokespeople such as Steve Webb and Ros Altmann, as well as independent commentators.