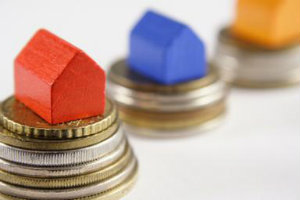 Which? research has found that homeowners could be paying over the odds because it’s too hard to compare mortgage deals.

When asked, only 3% of people were able to rank five two-year fixed mortgage deals in price order.

A combination of borrowers not being given clear enough information and lenders charging a vast array of different fees is making it difficult to find the best mortgage deal.

Our research (see below) revealed that people buying a house are being faced with over 40 fees and charges from lenders, from set-up costs to arrears fees.

Fees can make a big difference to how much a mortgage costs. A homeowner borrowing £100,000 over a 25-year term and taking out a two-year fixed-rate mortgage could save £1,503 if they took set-up fees into account, instead of just looking at the headline interest rate.

Regulations state that lenders must display the APR (annual percentage rate) of every mortgage deal they offer. You can find out more about what APR is in our video:

The APR is supposed to be a way for borrowers to compare how much different mortgages will cost them, but it isn’t always effective.

Not all compulsory mortgage fees are included in the APR. It is also calculated using a number of assumptions that won’t be true in many cases. For example, it assumes borrowers will keep the same mortgage for the full term (usually 25 years), when in reality most borrowers will switch several times.

APR is also based on a mortgage lender’s standard variable rate (SVR – the interest rate borrowers pay once an initial deal period has finished) staying the same for the entire mortgage. In reality, a lender’s SVR could change at any time.

The table below shows five two-year fixed-rate mortgage deals listed in price order. We mixed these deals up and asked 2,042 British adults the following question:

‘Imagine you are looking to buy your first home and want to borrow £100,000 through a two-year fixed-rate mortgage. You have searched on a comparison site and the following five deals have been generated. Please rank them in order of total cost over the two-year deal period where 1 is the cheapest and 5 most expensive.

‘For the purposes of this exercise, please assume that the mortgage will be interest-only (ie you only pay off the interest each month) and that you will pay any fees up-front.’

Only 3% could correctly rank the deals in price order. This rose to 36% when they were also presented with the total cost of mortgages over 24 months.

Populus, on behalf of Which? and Warwick Business School, interviewed 2,042 GB adults online between 15 and 17 August 2014.
Data were weighted to be demographically representative of all British adults. Populus is a member of the British Polling Council and abides by its rules.
Results: 48% of those surveyed were able to identify the cheapest deal; 22% could identify the cheapest and most expensive; and 3% correctly ranked all five deals.

Which? executive director Richard Lloyd said: ‘Homeowners could be paying over the odds for their mortgage because of the complex range of fees and charges that prevent them from finding the best deal.’

For that reason, Which? is calling for Chancellor George Osborne to use the upcoming Autumn Statement to:

1. Make mortgage price comparison easier: given the limitations of APR, the government and the FCA should explore alternative ways to present the total cost of mortgages.

2. Make the full cost of a mortgage clearer: all compulsory fees payable throughout the deal period should be expressed as a total of fees and included in the advertised costs. It should also be clear which fees payable over the life of  the mortgage are compulsory and which are not.

3. Ensure additional fees are cost reflective: non-product fees and charges that are incurred after the purchase of a mortgage should reflect lenders’ actual costs.

Support our campaign: sign up now to help stop sneaky fees and charges.