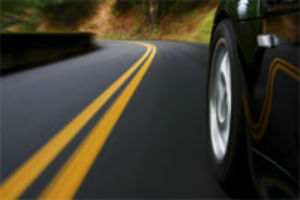 Admiral customers paying monthly car insurance premiums could be hit with a £145 double charge, Which? research has uncovered.

The insurance company, along with its sister brands Elephant.co.uk and Diamond, is applying a higher premium for some customers who pay monthly instead of in one instalment and then adding interest on top, effectively charging them twice for spreading their payments.

Although paying for car insurance in monthly instalments is usually more costly, it’s the most convenient option for many drivers. To reflect the risks and costs of credit, insurers typically add an interest rate and sometimes a fee to the premium. These combined charges are expressed in an annual percentage rate (APR) figure.

But our research has found that some insurers are also charging extra on top of this.

For example, when we ran a quote with Elephant.co.uk for a 25-year-old Toyota driver, the annual premium was £594.66. But for paying monthly, this rose to £642.36. Interest was then added to the adjusted premium, bringing the full cost over a year to £702.35.

Find out more: Sneaky fees campaign – sign our petition calling for an end to sneaky fees and charges

The difference in premiums is described as a ‘discount’ for customers paying upfront by card as opposed to direct debit, rather than a fee for those paying monthly. This means that it isn’t factored into the APR. This ‘discount’ wasn’t applied to every quote we collected, but where it was, it could dramatically affect the overall price. For our Toyota driver, paying monthly cost £108 more than if they’d paid in a single instalment.

Discounts varied considerably depending on the scenario and insurer. For the Toyota driver they ranged from £44.52 to £47.70, while for a 30-year-old Audi owner they were as little as £2.12 with Diamond and Elephant, and £8.48 with Admiral. In one case, we found a difference of £145.22 on a quote for a Ford Focus Zetec with Admiral.

Find out more: Car insurance companies – see our reviews of more than 30 insurers

If insurers already charge interest on monthly instalments, we don’t think they should be attempting to make a second profit on customers paying this way. We asked Admiral to explain, but it declined to comment on our findings due to commercial sensitivity.