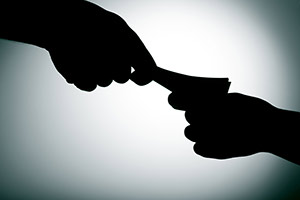 Claims management firms have made more than £150 million commission on compensation claims for mis-sold Payment Protection Insurance (PPI), a new investigation has found.

The accounts of seven of the largest claims management companies show they made multi-million pound turnovers from consumers’ PPI claims.

It charges 39% commission on compensation paid to customers for reclaimed mis-sold PPI but some firms charge as much as 42% commission.

If you’re unsure whether you’ve been mis-sold PPI, read our PPI checklist to see if you should make a claim.

PPI was originally set up to cover your debt repayments if you were unable to work, for example, due to redundancy or illness. But many policies were mis-sold to customers.

Claims management companies promise to help you reclaim mis-sold PPI, but in fact do very little and charge hefty fees in the process.

Which? executive director Richard Lloyd said: ‘Consumers should avoid using unscrupulous claims firms that charge hefty fees for PPI complaints they could easily do themselves for free.’

Ofcom research earlier this year found that PPI accounted for 13% of all nuisance calls where the product or service could be identified – the most common type of unwanted call.

If you’re being bombarded with unwanted calls and texts don’t suffer in silence, read our guide to how to stop nuisance phone calls.