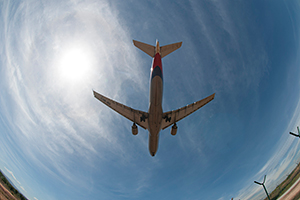 Two Supreme Court rulings have given more power to consumers affected by flight delays that were caused by technical problems.

The recent rulings confirmed that delays caused by technical problems can’t be categorised as ‘extraordinary’ circumstances and not liable for compensation – and that consumers have up to six years after the flight to make qualifying compensation claims.

This follows two Court of Appeal judgments (Huzar v Jet2 and Dawson v Thomson) which ruled against the airlines in the summer but went to appeal.

Find out more: Flight delays and compensation – use our template letter to claim money back

What this means for consumers

The ruling in the Huzar v Jet2 case confirms that airlines have to pay compensation for delays caused by technical problems and that according to the flight compensation regulations, these are not ‘extraordinary’ circumstances.

In the Dawson v Thomson case, the ruling confirms that consumers have six years to claim for compensation. Consumers who have had compensation claims rejected for either of these reasons can now re-submit the claims to the airlines as long as the delay was less than six years ago.

Find out more: When can I claim for a delayed flight? – our table shows you how much you can claim

Extraordinary circumstances and six years to make a claim

In the Huzar v Jet2 case, Ron Huzar was delayed for 27 hours on a Malaga to Manchester flight. The delay had been caused by faulty wiring and Jet2 had claimed that this was unforeseen and categorised as an ‘extraordinary circumstance’.

In the Dawson v Thomson case, James Dawson was claiming for an eight-hour delay on a flight to the Dominican Republic in 2006; his claim was made in 2012. The airline refused to pay, citing the Montreal Convention, which limits claims to two years after an incident.

If you’ve been delayed in the last six years and haven’t made a claim, or have had a claim rejected on the grounds that it wasn’t made within two years or that the delay was caused by technical problems, you can claim again. Use our flight delay compensation letter to do this.