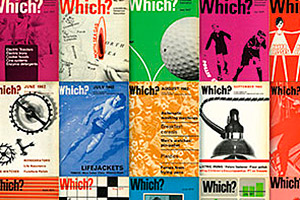 See what we learnt in 2014 about printers, washing machines and compost

With the amount of tests and investigations Which? carries out every year, we’re bound to uncover some shocking facts and figures. We’ve rounded up the 11 that surprised our expert researchers the most in 2014.

From savings accounts and steam cleaners, to hatchbacks and hotels – we carried out hundreds of product tests, in-depth investigations and customer surveys this year to make sure you can shop for goods and services with confidence.

Having championed consumer interests for more than 50 years, we like to think that there’s not a lot that can catch us off guard. But these facts managed to surprise even us.

It may not feel like a very ‘British’ thing to do, but if you want to save hundreds of pounds a year, then you really need to barter for bargains.

By haggling on just six products and services – from holidays abroad to broadband – we found that on average you can save £429 a year.

This year, our experts span a bulky three metric tonnes of clothes to see which washing machines deserve Best Buy status – and which ones you should avoid.

That’s the equivalent of 43 Bosch WAQ28462GB washing machines, three Volkswagen Polos, or, if you dare imagine it, 37 Wayne Rooneys.

3. Poland is your favourite destination for a European city break

Whether it’s for the hazelnut vodkas or the fact it’s a city steeped in history, Krakow came top of our Which? Travel survey to find the best cities in Europe.

As well as friendly locals and some great food and drink (have you tried the bigos?), our members gave it the full five stars for value for money. Na zdrowie!

4. There’s a one-in-four chance your printer will break

We’d never recommend gambling, but it’s a fair bet that you or someone you know has a printer that’s gone on the blink in the last two years.

Our printer reliability survey revealed that 27% of our 6,055 respondents had experienced some kind of printer fault in that time, with misfiring paper feeds being the main cause for complaint. 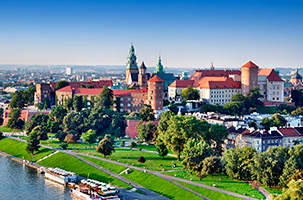 5. We know what you’re looking at online

Don’t be alarmed… this has nothing to do with the NSA. In August, we used motion eye-tracking devices to see exactly what you’re drawn to when you shop online, so that we could expose the tricks and tactics retailers use to get you to spend more.

Watch our video to see five of the ways that online shops get you to splash your cash – from happy, smiley images, to ambiguous special offers.

6. Car manufacturers are economical with the truth about petrol

We were sceptical about the amount of miles per gallon you can really get out of a car, compared to what the manufacturers say you can. So we put fuel efficiency to the test.

We found that car owners actually spend on average £157 more per year at the pumps than manufacturers claim – that’s more than a tenner every month that you’re overspending. Find out which cars have a petrol economy that they really can brag about by seeing all our car reviews.

7. September is the best time for a UK holiday

The school summer holidays are over, the sea’s still warm enough to swim in and, according to our research, it’s the cheapest time to enjoy the best that the UK has to offer.

But possibly the best thing about a September holiday is that you’ve still got nine months from now to plan your UK odyssey. See which hotel chain scored highest in our annual hotel survey.

8. Your savings may not be as secure as you think

Although your savings are protected up to £85,000 if there are problems with your bank,  the limit applies per banking authorisation, not by brand. So if you have more than £85,000 split between two sister banks, some of your cash may not be protected.

Find out whether your bank shares the same licence with another bank or banks with our who owns who in the savings market tool.

9. Watching TV can cost you cash

The most energy efficient TVs we tested last year would typically cost you £23 to run per year, but the least would add £98 to your energy bills.

To put it in context, that £75 difference would be enough to keep Paul Hollywood in hair gel for a week, or pay for one contestant’s suit on The Apprentice. Probably.

It will come as no surprise that printer ink can be expensive. But it might shock you to know that some retailers charge three times more for identical ink cartridges. You could save 75% on your ink costs by switching to a third party brand.

Find out which cheap inks are best, and remember – if you only use your printer occasionally, you could be using more than six times as much ink as you would by printing the same number of pages in one go.

11. Not all compost was created equal

You may be reluctant to think too carefully about what’s contained in your compost. But you’d at least expect that all compost from the same brand would be the same quality in each bag.

Our investigation found that quality can vary drastically depending on what batch you purchase from. Five batches out of the 25 we tested were noticeably poorer than the rest. Give your plants the best fighting chance by avoiding our 11 Don’t Buy composts.