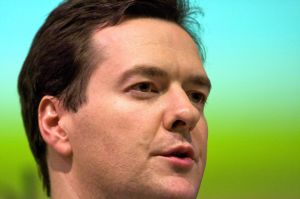 In today’s Autumn Statement, the Chancellor confirmed tax rates and allowances for 2015-16 and outlined his future tax plans.

George Osborne said he wanted to further raise personal allowance, to £12,500, over the life of the next Parliament.

Find out more: Tax rates, allowances and amounts – find out how much tax you should pay

As previously announced in the Budget, the 10% ‘starting rate’ for tax on savings income will be abolished and replaced by a nil-rate band for savings income of £5,000 above personal allowance. This means anyone with a total income of less than £15,600 will not pay tax on their savings income.

As is currently the case, those with incomes over £100,000 lose personal allowance, at the rate of £1 for each additional £2 of income.

Capital gains tax (CGT) – which is a tax you have to pay when you sell a second home or a valuable item that has gained substantially in value – rates remain at 18% and 28% (for basic rate taxpayers and higher-rate taxpayers respectively).

Find out more: What is capital gains tax? Video guide – the lowdown on CGT