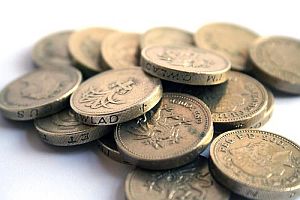 The 13 fixed energy deals that are coming to end in 2015 include tariffs from EDF Energy, M&S Energy, Npower, SSE, Scottish Power and iSupplyEnergy.

If you don’t switch tariff, you are likely to be moved onto the supplier’s standard tariff. These can be up to £250 more expensive than the cheapest deal.

Even if you’re not on a deal that’s coming to an end now, you could still make savings – particularly if you are on a standard tariff. Energy suppliers have been offering competitive deals, bringing prices down for customers who switch regularly.

Check how much you could save with our independent price comparison site Which? Switch.

The cheapest deals at the moment are between £200 and £255 cheaper than the Big Six standard tariffs (British Gas, Eon, EDF Energy, Npower, Scottish Power and SSE).

These deals are the cheapest on the market at the moment and are all fixed for at least another year:

The table below shows three examples of deals coming to an end in the New Year. If you were on one of these and didn’t switch, you’ll have to pay the price of the supplier’s standard tariff:

You don’t have to pay any exit fees if you switch when your fixed deal is coming to an end.

Many consumers would have switched gas and electricity deals last winter amid the hefty price hikes. There has been no price rise announced this winter, but what people might not have realised is that some suppliers have been offering competitive deals, bringing prices down for savvy consumers who switch regularly.

The cheapest deals offered back in January 2014 were from Spark Energy, First Utility and Ovo Energy – these ranged from £1,025 to £1,041 a year. So in just under a year, prices of the cheapest fixed deals on the market have dropped by about £75.

Even if your gas and electricity deals are not coming to an end now, check how much you could save by switching.

And if you think you are locked into a fixed deal because of exit fees, consider whether it is worth paying them off (often less than £30 per fuel). It can still work our cheaper if you move onto one of the cheapest tariffs currently available on the market.

(All prices quoted are averaged across all UK regions, for dual fuel deals at medium use [3,200kWh of electricity and 13,500kWh of gas per year] with a standard credit meter and for monthly direct debit payments. Data provided by Energylinx correct as of 23 December 2014.)