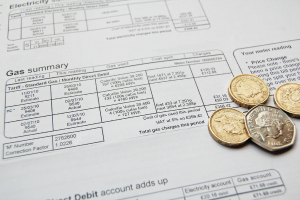 Energy suppliers are now offering fixed deals under £1,000 a year

Each month we scour the energy market to bring you the top five cheapest energy deals. For December, we found eleven deals which are under £1,000 a year. And the cheapest is suitably named ‘Merry Christmas’.

Energy suppliers are fighting to get the top spot in the league table of cheapest deals. This has meant that each month we are seeing more and more tariffs coming under £1,000.

Be warned: 13 fixed deals are coming to an end on 31 December. If you’re on one and don’t switch at that point, you could end up on your supplier’s more expensive variable (otherwise known as standard) tariff. If you’re with any of the Big Six, this means you’ll end up on a tariff that costs over £200 more than the cheapest deal.

Make sure you’re not paying more than you need to. You can find out which tariff is the cheapest deal for you, based on your energy usage, by visiting our independent comparison site Which? Switch.

Extra Energy is at the top of the table again, and has three deals in the top five. Extra Energy only launched in the UK in April. Its sister company in Germany – Extra Energie – grew rapidly and now supplies more than two million German homes and businesses. In the UK it has been offering some of the cheapest deals on the market.

All prices listed above are averaged across all regions and are for a dual fuel customer (gas and electricity) paying by monthly Direct Debit and choosing paperless billing. The annual costs have been calculated using Ofgem medium consumption figures of 13,500kWh for gas and 3,200kWh for electricity.

The deals listed above are all fixed deals, so they can offer some peace of mind. This means, however, that customers won’t benefit from any price cuts, should this happen, while they are signed up. Exit fees may apply if you want to switch before the end of the 12 months.

If you’re on a standard tariff with one of the Big Six, you could save over £200 by switching to one of the cheaper deals

These prices should be used as a guide only and the price and order of tariffs will change according to your own consumption. Always get an estimate using your own electricity and gas consumption values by using a switching site or going to the suppliers directly.

Here are the standard tariff prices from the Big Six suppliers:

(Figures from Energylinx and accurate as of 18 December 2014.)

Before switching supplier based on price alone, find out more about the energy companies. Our research reveals what customers really think of their suppliers, which companies score best and which energy suppliers you’ll want to avoid – read our reviews of energy providers.