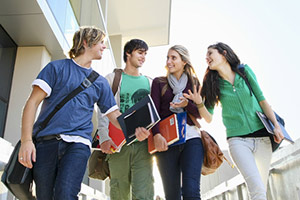 London universities take on the North’s crown for top local nightlife – but fall down on sports – in the latest student survey from Which? University.

Eleven of the 15 universities voted highest for having a diverse local nightlife are in Northern and Scottish cities – including Glasgow, Manchester, Liverpool, Leeds and Newcastle.

But this year two London universities – London School of Economics and University College London – have both also made it into the top group.

Universities in London or the South-East also scored highly for their political scene, with SOAS rated highest, but fell down on sports, as five universities were voted into the least sporty group.

Loughborough University, St Mary’s University Twickenham and University of Bath featured in the top group for sports for the second year running, while South-West universities including Falmouth University and Bath Spa University were rated highly by students for their creative scene.

The results – based on the views of more than 12,500 undergraduate students – feature in the third annual Which? University Student Survey for sports, local nightlife, creative and political scenes, and variety of student union activities.

The survey asked undergraduates to rate their universities across five extra-curricular aspects – find out the full results for each category:

Which? University’s Jenni Allen said: ‘With tuition fees now averaging nearly £9,000 a year, it’s important that prospective students do their homework, find out everything they need to know about different universities, and weigh up all the options before deciding where they want to study.’

Current students also provided feedback on what specifically they rated (or didn’t) about the extra-curricular offering at their university.

These comments are displayed in the university profiles on the Which? University website.