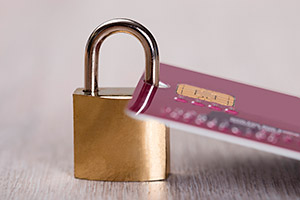 More than two million consumers who paid for card protection insurance could be due compensation, the Financial Conduct Authority (FCA) has announced.

The FCA has announced the compensation measures after it found many fraud insurance policies – sold by certain providers between 14 January 2005 and August 2013 – were sold unnecessarily.

Credit and debit card providers sold card fraud insurance products to customers despite being legally required to offer this protection as a matter of course.

Banks involved in the compensation scheme

The compensation scheme will cover customers who have products provided by Affinion International Limited and distributed by 11 banks and credit card providers.

The banks and credit card providers sold these fraud security products directly or introduced customers to the products when they registered their new card.

The plan to compensate Affinion customers is similar to the larger scheme compensating the seven million people who had been mis-sold card and identity protection policies by CPP.

AI Scheme Limited has been set up to refund customers of Affinion and the 11 banks listed above.

The FCA said the firms are taking part in the scheme ‘without any admission of liability of any description on their part.’

If you think you have been affected, you should anticipate a letter from AI Scheme Limited in February advising on the next steps to take to make a claim.

You should then expect a follow-up letter in either April or May which will include an invitation to vote for or against the compensation scheme.

AI Scheme says consumers could secure their compensation later this year, subject to the scheme being supported through a majority vote.