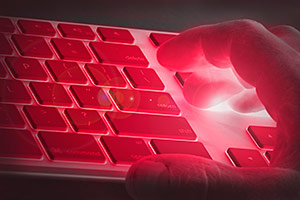 Consumers are being warned about a rise in tax scams ahead of the self-assessment deadline at the end of January.

As new research from Which? finds that more than half of consumers have been exposed to scams, Trading Standards is warning consumers to stay vigilant.

The Trading Standards National eCrime Team has said they’ve seen an increase in tax phishing scams in the run up to the self-assessment tax deadline.

The eCrime team told Which?: ‘The first quarter of any new year is silly season for fraudulent tax phishing emails, appearing to come from HM Revenues & Customs, as a number of important tax deadlines draw near.’

Which? research found that 40% of respondents had received a phishing email purporting to be from HMRC in the last two years.

The survey of 2,016 UK adults in January 2015 also found that 54% of respondents had been personally exposed to a scam in the last 2 years, or have a friend or family member who had.

Of those who had lost money through a scam, the average amount lost was more than £500.

Consumers should also be aware of copycat tax websites – sites designed to look official but that charge you for an otherwise free service.

These websites gain traffic by paying for Google advertising that targets key search terms such as ‘tax return’ and despite Google’s efforts to block these, some still sneak through.

HMRC and tax-related issues are proving popular targets for scammers. One in four respondents to the Which? survey said they had received a phishing email relating to a tax rebate.

How to avoid being scammed

Which? research also revealed the most popular methods consumers use to avoid these scams.

Commonly, consumers said they either look at the authenticity of the email address of the sender, or the standard of spelling and grammar in the email itself to spot if an email is genuine.

Overall 87% of respondents felt confident they could spot an email scam.

But according to experts from the National eCrime Team you should remain vigilant as scammers’ techniques have become more advanced.

The eCrime Team added: ‘Emails of this sort not only look official but often have official looking government email addresses which can make them harder to spot.

‘Sometimes they are even signed off with the name or signature of a genuine HMRC employee for added authenticity.’

HMRC will never ask you for your payment or personal details by email, so alarm bells should ring if you are asked for details in this way.

There are rules to remember if you’re ever unsure of the authenticity of an email. If you’re doubtful, don’t click on any links contained within the email and contact HMRC directly to be on the safe side.