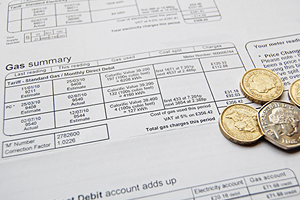 Energy suppliers EDF and SSE have joined the likes of British Gas and Eon to announce cuts to their gas prices. But if you’re a customer of one of the suppliers that has cut its bills, you’re likely to have to wait to see the positive impact on your bank balance.

EDF has become the last big six energy company to announce a reduction to its customers’ bills following the fall in wholesale gas prices – it’s made a 1.3% cut that will save the typical customer £9 per year.

But only Eon has brought in the change with immediate effect, with SSE making its customers wait until 30 April 2015. SSE is set to make a 4.1% cut – the equivalent to an average of £28 off the annual bills of typical households.

If you think it’s time to make the change to your energy supplier, our independent Which? Switch service will help you compare prices and get a new tariff. Our customers are currently saving an average of £245* a year on their gas and electricity bills. This is an average, so some save a lot more.

(*This figure is the average estimated saving for customers who applied to switch suppliers through Which? Switch between 1 Oct 2014 and 31 Dec 2014.)

Although the price cuts are a warming bit of news for households this winter, we would have liked to see suppliers go further.

The table below shows the cuts that each of the big six energy companies has made to its prices and when the new rates are due to come into effect. To see how each of the companies fared in our annual satisfaction survey, visit our energy company reviews.

Table note: Figures as supplied by each energy company

Which? executive director, Richard Lloyd, said: ‘After significant falls in wholesale prices, these small price cuts will be little comfort to their customers.

‘The Competition Authority’s investigation must look at whether falling wholesale energy costs are passed on fairly, or whether a lack of competition leaves us all out of pocket.’

Last week, we revealed the results of this year’s energy supplier satisfaction survey and, once again, smaller energy companies scored much higher than the big six.

Ecotricity – which last week announced its own 6.1% price cut – topped the lot, with an overall satisfaction score of 84%, while Npower finished bottom of the table with only 35%.

And Ovo Energy, which came fourth, has also cut its gas prices by an average of 10.4%. As well as scoring a very high 80%, it passed all of our thorough assessments on policy, practices and pricing with flying colours.

Check out the full list of providers – including 18 from Britain and four from Northern Ireland – in our rundown of the best and worst energy companies.