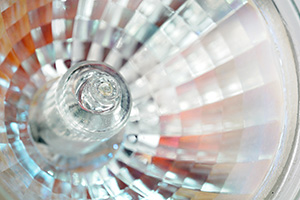 Halogens are the least efficient type of light bulb on sale

The European Commission is to vote on whether to proceed with a proposed ban of halogen light bulbs in 2016, or delay the phase-out until 2018.

The move was originally proposed for next year as the next step in a long-running program to phase out inefficient light bulbs across Europe. The Commission itself has proposed delaying the ban due to concerns over the price and quality of the bulbs that would remain available to consumers should the current 2016 deadline be enforced.

Don’t miss our full to find out which bulbs we recommend as Best Buys.

Traditional incandescent bulbs are already banned from sale within the EU, but the next stage of the phase-out (stage six) requires all bulbs to be energy-efficiency class B by September 2016 in order to be eligible for sale in the EU. If implemented, this will effectively remove all halogen-style bulbs from the market, leaving just standard energy-saving bulbs (known as CFLs) and LED bulbs on shop shelves.

The stage six ban will therefore undoubtedly save a lot of energy across Europe, and switching your home’s bulbs to CFL energy savers or LEDs could save you a significant amount on your electricity bills. 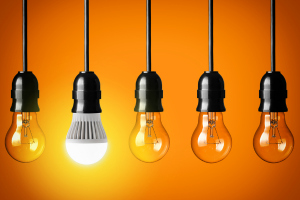 Though the cost of LED bulbs has been coming down in recent years and it is now possible to get a Best Buy LED bulb that will far outlast any halogen for less than £5, LEDs still cost a lot more than halogens.

There are also some compatibility problems with LED and CFL bulbs that are yet to be completely resolved, such as compatibility with existing electrical circuits and dimmer switches.

Furthermore, there are some common user complaints about CFL and LED bulbs, such as the slow speed that some CFL bulbs take to reach full brightness, and the colour and quality of light that some LED bulbs emit.

Find out more about the pros and cons of the different types of light bulbs in our guide Five tips for choosing the best light bulb.

You can genuinely save money by making the switch from halogens to LED or CFL bulbs and the implementation of stage six in 2016 would prompt many consumers to benefit from these savings sooner rather than later.

However LED and CFL bulb technology still has some way to go to fully fill the gap that would be left by a halogen bulbs ban. In particular, LED light bulb prices are still a little higher than is acceptable for some.

Delaying the implementation of stage six to 2018 would allow more time for some of the compatibility and user issues to be resolved and allow a smoother transition to super-efficient domestic lighting across Europe.