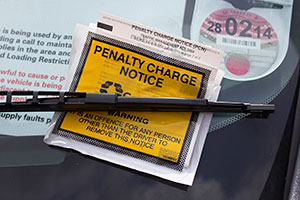 Private parking fines will be in the firing line at the Court of Appeal next week, but the case could impact far beyond the car park.

While one motorist is appealing against an £85 fine, which could set a precedent for the parking industry if successful, Which? is concerned about the potential, wider impact on the law for penalty charges and unfair terms if he loses.

Which? executive director Richard Lloyd said: ‘We are deeply concerned that this case could set a damaging legal precedent, watering down the law on penalty charges and unfair terms and potentially leading to higher fines and default charges across a wide range of consumer markets.

‘Because of the possible ramifications of this case for all consumers, we have been granted permission from the Court of Appeal to intervene. We want to ensure that the Court is fully aware of the wider implications of any decision it makes.’

The law on parking fines

The Protection of Freedoms Act 2012 banned clamping, towing, blocking-in or immobilising a vehicle on private land without lawful authority, in a bid to end abuses by rogue clamping firms.

But drivers who stay longer than the time they’ve paid for can receive fines that reach or exceed £100.

The case against parking fines

Meanwhile, the RAC Foundation said this week that motorists could be in line for payments of ‘tens of millions of pounds’ for unfair private parking fines if the case is successful.

Barrister John de Waal QC – speaking for the RAC – has argued that, as some fines are likely to be several times more than compensation for genuine losses, they amount to penalties and are therefore unenforceable.

He has also said that European consumer legislation requires contracts to be fair, so ‘early payment discounts’ that pressure people to pay quickly or face higher charges are unlawful, as they constitute a ‘price escalation clause’.

And, when signs are not clear or prominently displayed, charges can be challenged on the grounds of unfairness.

The case for parking fines

People who don’t accept parking terms set out clearly on signs have ‘the choice not to park’, he added.

Which? says that, whether the appeal is won or lost, the Court of Appeal must make sure that its decision doesn’t disrupt years of settled consumer protection laws.