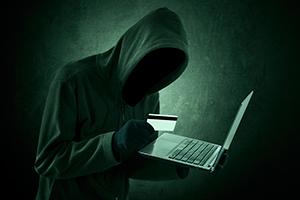 New research by Which? has revealed the top five email scams to be aware of this year.

Bank scams, Paypal scams and tax rebate scams top the email phishing list in the survey of 2,016 adults carried out in January.

Email inboxes are a valuable target for scammers with 54% of respondents claiming to have been personally exposed to a scam, or have a friend or family member who had.

We asked those who had been exposed to scam emails what form that scam took. Below are the top five.

Taking the top spot, bank scam emails were the most common with 69% of survey respondents reporting having received one.

And it’s clear to see why. A few pieces of key information may be all the scammers need to get into your account and get hold of your money.

Bank scam emails often say there’s a problem with your account, and ask you to update your account details, either by email or by clicking on a link.

Never click on a link in an email. If you want to check your details either call your bank or go directly to your bank’s official website.

Paypal is a clear target for the scammers as it handles billions of financial transactions globally, every day.

The popularity of the money transfer platform makes it a valuable target for scammers with 59% of our survey respondents reporting scam emails claiming to be from Paypal.

An email from PayPal won’t ask you for sensitive information like your password, bank account, or credit card details. Neither will a legitimate email contain any attachments or ask you to download or install any software.

According to HMRC almost 75,000 tax refund scam emails were reported to the taxman between April and September 2014, and have been reported by 42% of our survey respondents.

The emails promise a tax rebate, and often ask for key information including account numbers and passwords to make the payment.

If you provide the information, money can be stolen from your bank account and your details could be sold on to criminal gangs.

Tempting as it is to think you’re entitled to a tax rebate, HMRC will never ask for your bank account details via email.

4. Scam emails purporting to be from HM Revenue & Customs

Scam emails purporting to be from HMRC were reported by 40% of respondents. HMRC scam emails can take several forms which are different to the common tax rebate emails, maybe stating that you have made a mistake on your self-assessment form, or that your tax notice has been issued.

Some even ask you to verify your identity by providing a copy of your passport. Never respond to these emails and instead speak to HMRC directly if you are at all concerned.

Scammers are constantly refining this technique, which will often prey upon the most vulnerable with desperate pleas for aid or offers of low investment and high return.

If it looks like someone in your contacts list has sent you a plea for money, contact them directly through another channel to ask if they have sent the email.