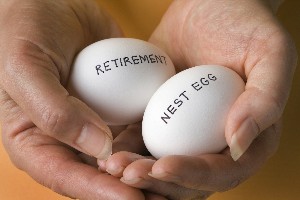 The Financial Conduct Authority (FCA) today published the final findings of its retirement income market study looking at the sale of annuities.

Today’s report from the FCA confirmed that the annuity market hasn’t been working well for consumers. People have been missing out by not shopping around for an annuity and by purchasing products that do not suit their circumstances.

The ‘wake-up packs’ sent out by providers in advance to outline the pensionholder’s options have been too long and complex up until now and buying products from your own pension provider has weakened competition in this sector.

The final report comes after previous research by the FCA found that of the 40% of consumers it surveyed who bought an annuity with their existing pension provider, one in five was unaware that they had the option to switch to a different provider.

The Financial Conduct Authority confirmed it has had long-standing concerns about whether consumers exercise effective choice in the retirement income market, but the launch of new pension freedoms on April 6 has created a ‘new urgency’ around addressing them.

Suggested improvements from the FCA

A series of remedies have been proposed by the regulator. The main improvements to the market are detailed below:

The FCA said it is in discussions with the government to explore the best way to create a pensions dashboard which will allow people to see their pots all together.

Which? raises issue of mis-selling

Which? executive director, Richard Lloyd, said: ‘The FCA’s plans should improve a pensions market that has let down millions in the past. But having identified concerns about the historic mis-selling of annuities, urgent action is needed now so consumers can know if and how they will be compensated.

‘Which? has been campaigning for Better Pensions and it’s good to see backing for a pensions dashboard that enables consumers to see all their pensions and savings in one place. The regulator must now ensure that consumers have confidence in the retirement income market before they have to make complex choices.’