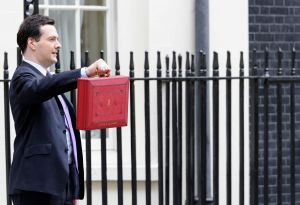 Chancellor George Osborne will deliver the final Budget speech of this Government on 18 March – and is expected to confirm a number of changes to personal tax being introduced this April.

These changes, many of which were announced in the Autumn Statement, will come into place when the new tax year begins on 6 April.

Here are the key changes you can expect to be declared when the Chancellor addresses the House of Commons next week.

In last year’s Budget, Mr Osborne announced a range of changes to personal tax thresholds for the 2015/16 tax year.

He is expected to confirm that the personal allowances will increase from £10,000 to £10,600 and the threshold for higher rate taxpayers will drop to £31,785.

He is also expected to introduce the new ‘marriage transferrable tax allowance’, which allows married couples and civil partners to transfer up to £1,060 of ‘unused’ personal allowance from one partner to another.

The exemption for tax on savings will be extended to those whose combined savings and non-savings income is less than £15,600, replacing the 10% savings income starting rate.

The eradication of air passenger duty for those under 12 is also expected to be confirmed.

What’s more, the rules surrounding the transfer of a deceased spouse’s Isa will change so that a surviving partner can inherit these savings tax free.

It is also widely believed that the Chancellor will confirm new rules regarding the transfer of money from child trust funds into junior Isas.

The flagship changes to pension rules, announced in last year’s Budget, come into play this April and are likely to warrant a mention from the Chancellor again this year.

For an overview of the new rules, visit our brand new Pensions and Retirement hub.

What else could the Chancellor announce?

As it’s his last Budget before the general election, it would be difficult for the Chancellor to introduce any concrete changes to personal taxation during next week’s speech.

It is likely that an emergency Budget will be announced shortly after the general election, in which the Chancellor will announce plans for the new Government for the rest of the 2015/16 tax year.

For more information about what happens on Budget day, see this short video – ‘What is The Budget?’.