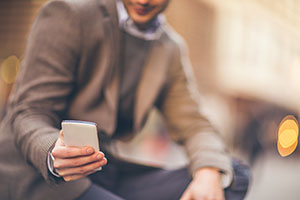 The Information Commissioner’s Office (ICO) is investigating claims by the Daily Mail that firms are illegally sharing personal data with cold-calling companies and scammers, such as pension details and medical records.

The privacy watchdog said that tracking down those acting illegally is an ‘increasingly difficult job’ but it pledged to robustly investigate the claims.

The Daily Mail reported this week that pensioners’ salaries, the value of their investments and the size of their pensions are being sold for as little as 5p per record without consent.

The paper said its undercover reporters were sold pension details for 15,000 people and 3,000 medical records for sick and disabled people, without any checks being made on who they were or why they wanted the data.

The news follows warnings from the ICO that pension reforms, which come into effect on 6 April, could result in a flood of scams, spam texts and nuisance phone calls on the scale of PPI or personal injury.

You can stay one step ahead of scammers using our guide to pension scams.

‘The Financial Conduct Authority must step up its work on scams and work with other enforcers to clamp down on this behaviour without delay.’

He added: ‘New regulations coming into effect on Monday will also make it much easier for the Information Commissioner’s Office (ICO) to take action against cold-calling firms breaking the law.

‘We expect the ICO to send a clear message that it will not tolerate firms preying on consumers – by using its new powers as a priority on companies that cold call about pensions.’

In February, the government agreed to a comprehensive action plan to tackle nuisance calls, with one of the measures coming into force in April  lowering the threshold before which the ICO can take action.

But he said the organisation would use its ‘best endeavours’, and recent prosecutions showed it had the ability to bring those acting illegally to justice.

The ICO can issue fines of up to £500,000 for the most serious breaches of the Data Protection Act, while it can also pursue criminal prosecutions around unlawfully obtaining or accessing personal data.

In a statement, one company named in the Daily Mail’s report – B2C Data Limited – said: ‘While B2C is consulting with its legal advisers, it welcomes an investigation by the ICO into these matters and it will co-operate fully with any investigation. B2C Data takes its legal obligations very seriously and will continue to do so.’

The government’s pension reforms give the over-55s the freedom to cash in their company and personal pensions. And the fear is that scammers will try to take advantage of the thousands of people with new found freedom over what to do with their pension pot.

Pension providers are expecting a sizeable increase in calls from customers next week as the new rules which come into force.

But, despite the anticipated surge in customer inquiries, a Guardian survey has found that half of the major pension providers will not be open for business on Monday 6 April, a bank holiday.

Almost all of the 12 major pension providers surveyed have taken on extra staff to cope with demand, with Scottish Widows anticipating up to two years’ worth of inquiries within the first few months.