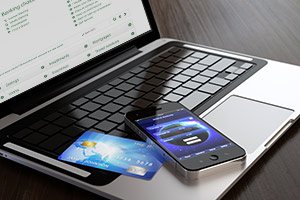 A surge in fraudsters trying to open current accounts by using other people’s personal details has been detected by credit checking company Experian.

Experian found that identity theft accounted for 52% of the various types of financial fraud detected.

Identity fraud is often caused by people sharing personal data with scammers. Which? research on phishing emails this year revealed that fake bank emails were most common, with 69% of survey respondents having received one.

Experian has suggested that new rules making it easier for people to switch current account may partly explain the sharp increase in criminals trying to fool providers’ application systems. Current accounts were the fastest-growing target for identity thieves among the types of financial product examined.

The proportion of foiled fraud cases relating to identity theft also increased during those three month periods, from 27% in 2013 to 47% in 2014.

Experian added that criminals saw current accounts as lucrative targets as they enabled them to launder money as well as rack up debts in other people’s names, by maxing out overdraft facilities or using accounts to make other bogus credit applications.

In autumn 2013, the time taken to open an account was reduced from 30 to seven days, and payments were automatically switched over to the new account – to encourage people to shop around for a current account deals that suited them.

Figures from the Payments Council showed a 12% increase in current account customers switching their bank or building society in 2014 compared with 2013.

Nick Mothershaw, UK and Ireland director of identity and fraud at Experian, said: ‘It’s now 18 months on since the formal launch of seven-day current account switching, helping pave the way for more than 1.2 million switches, which may have prompted more fraudsters to test application systems.’

Experian’s fraud index is based on information from fraud prevention system National Hunter.