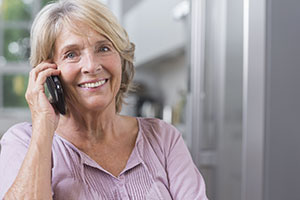 In this monthly series, we share the answers provided by our experts on the Which? Money Helpline to questions our members are asking about money.

Many people have been calling our experts to clear up confusion about the new pension freedoms introduced on April 6.

The majority of these calls were about how members with private pensions are affected by the reforms, but we also answered many queries from people already drawing their pension who were wondering whether they could cash it in.

Here, we present the answers to some of the pension queries most frequently asked by callers to the Which? Money Helpline.

Find out more: Pensions and Retirement – all you need to know about the new pension rules

Private pensions: What are my new income options?

The previous regulations forced most people to buy an annuity with their retirement funds, but the new freedoms give people greater flexibility about how they can access the money in their private pensions.

Before this year’s changes, if you took a lump sum from your pension worth more than 25% of the total pot, you would be hit with a 55% tax charge unless the sums involved were £10,000 or less. This 55% tax rate has been done away with. Instead, withdrawals above the 25% tax-free limit will be taxed as extra income.

The new freedoms also allow anyone over 55 to take money from their pension fund in what is known as income drawdown, irrespective of their fund size or other sources of income.

Find out more: Income options for your pension under the 2015 rules – a summary of the new freedoms

I am already drawing my pension, can I cash it in?

If you’ve already purchased an annuity, you can’t currently cash it in, although the government has now announced you will be allowed to cash your annuity in from April next year.

What are the tax implications of these new options?

Unless you plan carefully, taking advantage of the new freedoms could see you hand a large chunk of your savings back to the taxman.

Which? has launched a free online calculator for you to work out how much tax you’ll pay if you withdraw your pension as a lump sum, depending on the size of the pension pot you want to withdraw.

We’ve also created a calculator to use if you plan to generate an income via drawdown. Our income drawdown calculator lets you work out how long your pension will last, depending on your choice of income and investments.

Should I transfer out of a final salary scheme?

We are continuing to receive calls from people who are considering transferring from a final salary pension to a defined contribution scheme.

This would allow them to select their own method of generating retirement income, rather than accept the guaranteed annual payment provided by final salary schemes.

It’s generally not a good idea to transfer out of a final salary scheme, other than in some quite specific circumstances. We always suggest taking financial advice from an adviser specialising in this area before going through with this.

How has the state pension changed?

The state pension is set to change dramatically, but only for those who qualify on or after 6 April 2016.

Basic and additional state pensions will be replaced by a flat-rate state pension, worth around £148 per week in today’s money.

The number of years you need to pay National Insurance contributions to qualify for the state pension will also be increased from 30 to 35. The additional state pensions and ‘contracting out’ are set to be abolished, as is part of the pension credit scheme.

Find out more: What’s happening to the state pension in 2016? – a full summary

The government has set up a scheme offering free, impartial guidance for people aged over 55 with at least one defined-contribution pension.

The scheme, called Pension Wise, is being delivered by two independent organisations – The Pensions Advisory Service and Citizens Advice.

Once you call the main Pension Wise number (030 0330 1001) you’ll be able to set up either a telephone consultation or a face-to-face session.

Find out more: What is Pension Wise? – our guide includes a list of questions to ask