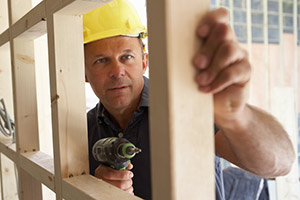 Nearly half of all home improvement projects encounter problems, new research from Which? has revealed.

But despite problems being rife, the Which? survey found that three in ten people don’t feel comfortable complaining to tradespeople when problems occur.

The most common problems cited were the work taking longer to complete than agreed, tradespeople needing to make more visits that expected and messy work.

Find out your rights when you have a problem with a tradesperson.

According to the survey of 2000 UK adults in April 2015, work taking longer to complete than agreed is particularly an issue when it comes to fitting new bathrooms and new kitchens.

A quarter of those who had new kitchens and bathrooms fitted experienced this problem.

Problems developing after work is completed and tradespeople not clearing up mess when they leave are also significant problems for those undertaking home improvements.

Loft conversions, although small in number, are most problematic with seven in 10 people experiencing problems.

A quarter of people who had loft conversions complained of messy working with 17% saying that tradespeople did not clear up their mess.

Almost six in 10 people who had a loft conversion paid up to £5000 to get problems fixed – 25% paid for another tradesperson to redo some or all of the work.

Extensions and adding a conservatory, having a new bathroom fitted, and having a new kitchen fitted are also problematic with more than half of people experiencing problems with these types of home improvements.

Three in 10 people wouldn’t feel comfortable complaining to a tradesperson if they felt the work hadn’t been completed to a satisfactory standard, and 40% would pay to get another person to redo the work.

We also found that 55% of people wouldn’t always draw up a contract before getting a tradesperson to complete any work.

Which? always advises that people agree a contract before work is started to help prevent any future problems and disagreements.