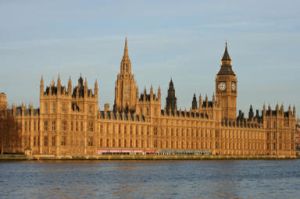 The Conservative Party has secured victory in the 2015 General Election by a majority.

David Cameron will remain Prime Minister for a second term, after his party secured 331 seats at the polls.

This means that many of the key changes introduced by the party in the last year, such as the new pension freedoms, personal savings allowance, flexible Isas and Help to Buy Isas, are almost certain to remain in place.

But what else could this mean for our personal finances over the next five years? At this point, it’s impossible to know for sure.

Here, we review some of the key pledges made by the Conservatives in the election campaign.

The Conservatives pledged that there would be no rise in the amount of income tax, national insurance contributions or VAT under a Conservative government.

Around 800,000 people could be taken out of the 40p tax band, as Prime Minister David Cameron vowed to raise the threshold to £50,000 by the end of the next Parliament.

He also vowed to raise the personal allowance to £12,500 by this time, as well as ensuring all minimum wage earners working up to 30 hours a week pay no income tax.

Find out more: UK tax graph – see much the government earns from each of its taxes

A key Conservative pledge was to introduce a new £175,000 inheritance tax (IHT) allowance for married couples and civil partners who pass their main residence on to their children after they die.

It would mean that parents could pass on property worth up to £1m tax-free.

Find out more: Inheritance tax explained – learn how much you may have to pay

Pensioners will keep their new options for drawing an income in retirement. However, it is expected that the new government will cut tax relief on pensions for those earning more than £150,000 a year.

The lifetime allowance also looks likely to be cut, from £1.25m to £1m, meaning more of those with large pension pots could lose their tax relief.

The new government will have to respond to a consultation on a secondary market for annuity sales in June.

Find out more: Tax in retirement – how much you pay

Parents of three and four-year-olds could benefit from an increase in free childcare. The Prime Minister said he would double the amount of free childcare they receive from 15 hours to 30 hours during term-time.

Find out more: Childcare vouchers explained – how to get free childcare

Commuters were assured there would be no rail fare rises above inflation if the Conservatives were voted into power. The Prime Minister suggested this would save the average commuter £400 by 2020.

Find out more: Cheap train tickets – how to reduce your rail fare

Revealed: the bank accounts thousands switched to during lockdown

Diversity Built Britain 50p – how rare is it?