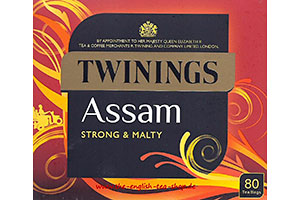 Twinings has reduced the number of teabags in its boxes of Assam tea from 100 to 80 and from 50 to 40, without a proportionate drop in the price.

The 50 pack cost £2.79 in Tesco and Waitrose, and £2.80 in Sainsbury’s before it shrank. The replacement 40 pack was respectively 10p less at each supermarket, which still works out at more per teabag.

This isn’t the first time we’ve uncovered products shrinking without a decrease in the price of the product – check out our gallery of shrinking products.

We asked Twinings about the shrinking tea and it said: ‘The recommended retail price was reduced accordingly, from £4.99 to £4.49 per box of 80 and from £3.29 to £2.69 per box of 40, and is now in line with other teas in our range.’ However, according to our maths, this is still more per teabag.

To find out about more about Twinings shrinking tea we used data from the independent shopping website mysupermarket.

Supermarket prices and Which?

Although in this case Twinings shrank the boxes of teabags, we’re concerned that the myriad of confusing pricing tactics we all encounter in supermarkets could mean that shoppers are getting a bad deal.

Billions of pounds are spent on groceries each year and about 40% of this is made up of groceries sold on promotion. This means that even if only a very small proportion of offers are misleading, we could all be collectively losing out to the tune of hundreds of millions of pounds.

Which? has legal powers under the Enterprise Act 2002 to formally raise matters with regulators that may be significantly harming consumers’ interests. We have done this with regard to supermarket pricing by submitting a super complaint to the Competition and Markets Authority (CMA).

You can help, too – click to support our super complaint and campaign to end misleading pricing. So far the campaign has 60,000 supporters.