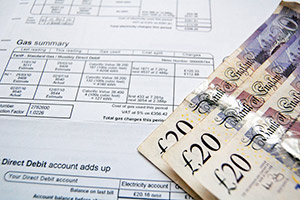 Energy bills have risen 73% in a decade

Energy bills have risen by a shocking 73% in the last decade according to exclusive analysis by consumer group Which? – an average increase in annual bills of around £580 per household.

With annual bills approaching £1,400, Which? is calling for the Competition and Markets Authority (CMA) to set out how it will shake up the energy market when it reports the findings of a year-long investigation later this month.

Spending on energy rose from 2% of household budgets in 2004 to 4% a decade later.

You can help, too. Click to support our Fair Energy Prices campaign.

Which? figures also show that sky high energy prices are our biggest concern, with two-thirds of people worried about the size of their bills. Three-quarters of households are on pricey standard tariffs, often hundreds of pounds more expensive.

And making it easier to switch won’t help people to find the best deal in a complex market that is not set up to work in their interests.

People should be confident they’re paying a fair price for their energy, so Which? is calling for simple pricing, like you see on a petrol forecourt, so consumers know they are making the right choice when they switch suppliers.

We’re also calling for a price to beat, to act as a benchmark so anyone stuck on an expensive tariff is protected even if they don’t switch.

Which? executive director, Richard Lloyd, said: ‘There’s no doubt that the energy system is failing consumers and needs a shake up.

‘Just one in five of us trust energy suppliers to charge us a fair price. The CMA has a great chance to fix things but must be brave, and not shy away from tough decisions that show it’s on the side of consumers.’

(Our research: 2,062 UK adults interviewed by Populus, on behalf of Which?. Data was weighted to be demographically representative of all UK adults.)